The Sticky on Gluten and a Diabetic Rant 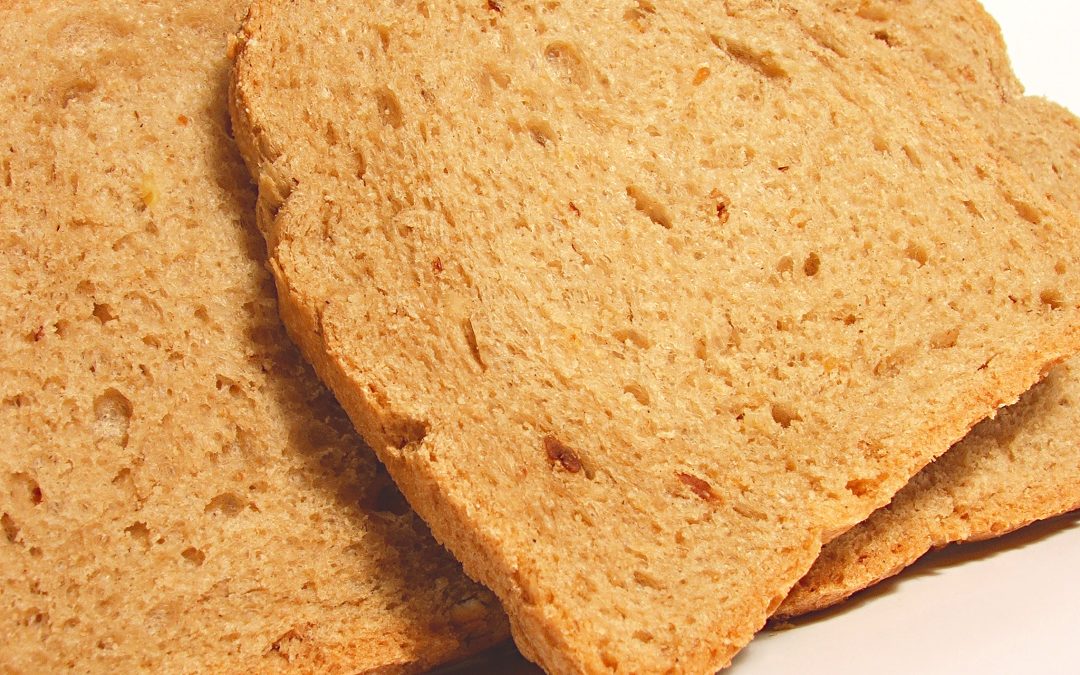 Gluten-free is a mighty popular term these days. I’m sure you’ve seen it on menus and at the grocery. Gluten is a protein composite found in foods made from wheat and other grains such as rye and barley. Gluten, meaning “glue,” gives elasticity to dough, giving the final product a chewy texture.

It is somewhat trendy to go on a gluten-free diet. This type of diet is associated with weight loss, improved health and energy, and is seen as a solution to many health conditions (ADHD, autism, headaches, IBS, and more). A common misconception is that gluten free = healthy, and many food manufactures use this to sell their product. I was at the store the other day and saw a jar of peanut butter labeled as gluten-free. Funny, peanut butter never did have gluten that I know of. Even in products where gluten might have been present, it is not found on ingredient labels because it is a component part of certain grains.

People with celiac disease cannot tolerate any gluten and can become quite ill if they ingest even a tiny bit. This is very different from those with a gluten-sensitivity, a wheat allergy, or a wheat-sensitivity. Celiac disease is an autoimmune condition where the lining of the small intestine becomes inflamed and damaged when gluten is ingested. The microvilli that stand at erect attention in a healthy person become inflamed and lie flat in a celiac’s stomach. This can lead to severe digestive upset, diarrhea, bloating, pain, and malnutrition as the villi are not able to absorb nutrients from food. These people may then become diagnosed with osteoporosis and/or anemia because of malabsoprtion. Celiac disease is commonly misdiagnosed as Irritable Bowel Syndrome (IBS): a blood test and a biopsy are required for an accurate diagnosis. Once gluten is removed from a celiac’s diet, the villi heal and repair and stand upright again. But until gluten is completely removed, inflammation and damage will continue if even the tiniest bits of gluten are ingested. It’s like you have a cut on your arm and you continually rub the cut over and over. It will not be allowed to heal. The situation is similar in the small intestine of a person with celiac.

So what do you do if you suspect you are celiac, but the test results come back negative? Is it all in your head? No! Doctors now acknowledge another condition known as gluten sensitivity. In this case, there is no damage to the lining of the small intestine, but other symptoms are similar to celiac disease. Doctors estimate upwards of 10% of the population have gluten sensitivity. Diagnosed celiac is found in about 1% of the population, but numbers are doubling every 20 years. One theory for the rise is our ultra-clean environments. By using antiseptic cleansers and anti-bacterial soaps, our systems do not develop enough natural immunity to bugs, making us sensitive and susceptible to more illnesses. Celiac disease is rare in developing countries.

Wheat sensitivity is even more prevalent than celiac or gluten sensitivity. Theories for this are based on the evolution, hybridization, and modification of wheat, in addition to its overconsumption. Sensitivities can develop to certain foods if we eat them over and over. Again, sensitivities cannot be diagnosed; they are more of a cause-effect thing. Eating wheat may cause you to feel crappy. I have clients who notice headaches, fatigue, joint inflammation and pain, gas, bloating, confusion, acne, and/or skin rashes when they eat wheat. This is very common. Personally, I notice bloating and fatigue when I eat wheat. I also notice I feel a lot better when I avoid it.

All that being said, avoiding wheat and gluten is the cool thing to do right now. But maybe it’s a good trend for many. I advocate a low-glycemic diet: one with lots of vegetables and lean protein, some fruit, and limited or no processed foods. Studies have shown a relationship between wheat consumption and insulin resistance, cravings, weight gain, belly fat, and type 2 diabetes.

Something has to be done about the diabetes epidemic!

Diabetes is one of the leading causes of death in North America and Type 2 diabetes is completely preventable. Currently in Canada more than 20 people are diagnosed with diabetes every hour of every day, making this one of the fastest growing diseases in North America. One of every four children or adolescents under 20 has diabetes. Of people over the age of 65, 27% and 17% in the U.S. and Canada respectively have diabetes, with 50% of this age group having pre-diabetes. The U.S. estimates the cost of diabetes at over 200 billion per year!

My point being: avoiding wheat would mean avoiding bread, bagels, buns, doughnuts, pastries, and muffins. Because most products made with wheat are high-glycemic, meaning they spike your blood sugar (over time this leads to insulin-resistance, weight gain, which are precursors to diabetes), following the gluten-free or wheat-free trend may be a good thing for North Americans, even if it is misguided!

Foods to enjoy if you are avoiding gluten

Be sure these foods are not processed or mixed with gluten-containing grains, additives or preservatives.

If you are celiac, you need to be very strict and avoid all foods containing gluten. Also, highly sensitive celiacs must avoid foods made in a facility that manufactures gluten-containing foods.

Avoid unless labeled ‘gluten-free’ or made with corn, rice, soy or other gluten-free grain

Certain grains, such as oats, can be contaminated with wheat during growing and processing stages of production. For this reason, doctors and dietitians generally recommend avoiding oats unless they are specifically labeled gluten-free.

If you are just starting to eliminate gluten or wheat from your diet, it may seem impossible. Be patient. After two weeks you will have it all figured out and your improved health will motivate you. Try to stay positive and focus on the foods you enjoy that you can eat. There are many gluten-free alternatives for familiar foods such as breads and pasta. Remember, gluten-free does not necessarily mean healthy! These foods are typically higher in carbohydrates, fat, and sodium and lower in fibre. Keep in mind that eating gluten-free can cause deficiencies in iron, vitamin B12, vitamin D, magnesium, fiber, and other nutrients because people are avoiding breads, cereals, and grains that are fortified. In contrast, many gluten-free products are not fortified. However, these deficiencies often arise when you are eating too much processed food and not enough fresh whole foods.

For restaurants, The Celiac Scene https://theceliacscene.com/

Need help? I can get you started and put you in touch with a host of helpful gluten-free resources, recipes, webinars, and supplements while ensuring your nutritional needs are being met!

Empowering you to create your vibrant life!

This site uses Akismet to reduce spam. Learn how your comment data is processed.

Enjoy Five Minutes of Qigong With Me Now and Experience Peace and Harmony!

You have Successfully Subscribed!